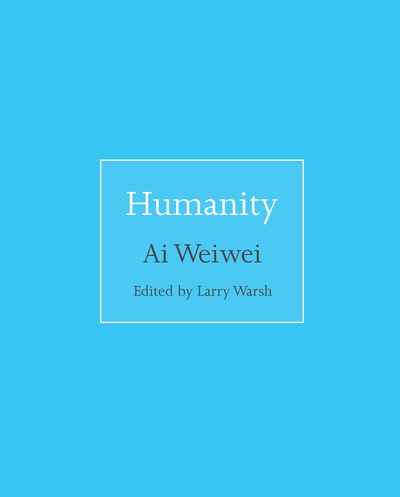 Ai Weiwei (b. 1957) is widely known as an artist across media: sculpture, installation, photography, performance, and architecture. He is also one of the world's most important artist-activists and a powerful documentary filmmaker. His work and art call attention to attacks on democracy and free speech, abuses of human rights, and human displacement — often on an epic, international scale. This collection of quotations demonstrates the range of Ai Weiwei's thinking on humanity and mass migration, issues that have occupied him for decades.

Selected from articles, interviews, and conversations, Ai Weiwei's words speak to the profound urgency of the global refugee crisis, the resilience and vulnerability of the human condition, and the role of art in providing a voice for the voiceless.

Select quotations from the book:

'The prominent Chinese artist and dissident Ai Weiwei has long used his fame and social media as a megaphone for his activism. It was because of his blogging and Twitter activity criticising the government that he was detained by the Chinese police for nearly three months and had his passport taken away in 2011. And his Instagram posts of the last few years have brought increasing international attention to the refugee crisis, as has his documentary Human Flow, released last fall. But now Mr. Ai has returned to a more traditional form of expression: Humanity, a little blue book...that collects excerpts from Mr. Ai's thoughts and aphorisms.' — Robin Pogrebin, New York Times