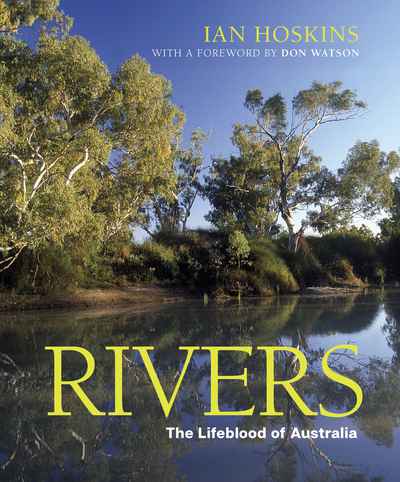 Rivers have long run in the blood of Australians.

Givers of life and subjects of anguish, Australian rivers have shaped the nation from the moment the first Australians arrived tens of thousands of years ago. Offering the vital ingredient for life, they are also guardians of culture, a means of transportation, sites for play and leisure, and sources of power—deeply entrenched in almost every aspect of human life and an irreplaceable part of the global ecosystem.

Australia's vast inland seas of some 50 million years ago have disappeared, leaving a continent that is mostly desert. Of the waters and wetlands that remain, most of which are connected to rivers, 65 are listed as Ramsar Wetlands of International Importance. They are also of incredible — sometimes painful — local importance, as reminders of the dispossession suffered by those first peoples and their descendants and evidence of the devastation wrought by drought and dying waterways.

The damming of Western Australia's Ord River during the 1960s and 1970s captured monsoonal rains within a catchment of over 55,000 square kilometres, creating the largest artificial lake on mainland Australia while destroying sites of cultural significance to the Miriwoong people and changing the ecosystem irrevocably. Barely ten years after the completion of the Ord project, the success of the Save the Franklin campaign in Tasmania is a testament to evolving understanding of the precious nature of waterways. Yet even this triumph was fraught: environmentalists' argument for preservation of Tasmania's 'wilderness' contained the implication that the land was without people, despite Indigenous habitation for at least 30,000 years.

In this broad-ranging survey of some of Australia's most well-known, loved, engineered and fought over rivers, from Melbourne's Yarra to the Alligator rivers of Kakadu, award-winning author Ian Hoskins presents a history of our complex connections to water.

A thoughtful foreword by former prime-ministerial speechwriter Don Watson laments the price rivers have paid for human industry and calls for greater connection with the waterways we rely on for our existence. In 2015, Watson's The Bush — part memoir, part travelogue, part history — was named the NSW Premier's Literary Awards book of the year and the Australian Independent Booksellers indie book of the year.