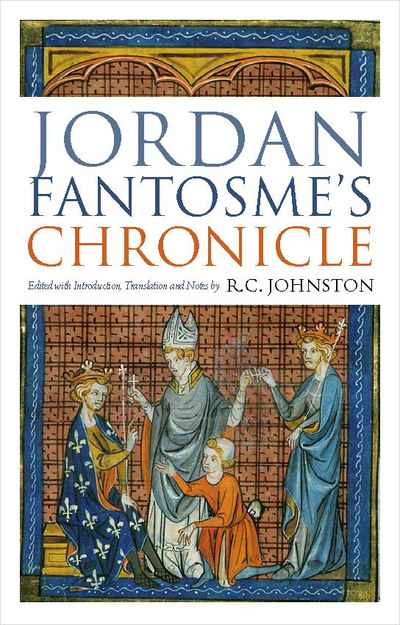 Jordan Fantosme was a twelfth-century cleric, teacher and poet, possibly a member of the royal or baronial court, writing for King Henry II. His Chronicle describes some of the events and actions of the civil war between Henry II and his eldest son Henry, the 'Young King', during 1173 and 1174. The main focus of the text, including most of Fantosme's explicitly eyewitness accounts, is on the fighting in Northumberland, where King William I of Scotland, in support of the Young King, broke off ties with Henry II and invaded the north of England. Fantosme's vivid portrayal of the skirmish outside Alnwick, in which King William the Lion was captured, is one of the most memorable parts of this extraordinary account. Fantosme's reputation was that of a naïve and trustworthy reporter, and his Chronicle is regarded as a reliable source, but it is a much more elegant and sophisticated text than originally thought.

In his introduction to this translation of the Anglo-Norman text, R. C. Johnston discusses the author's uncertain identity, whether he was an eyewitness to events of the war and problems with the manuscripts. He also reassesses the literary and aesthetic value of the Chronicle, revealing Fantosme as a highly competent and talented story-teller capable of manipulating episodes for stylistic reasons.