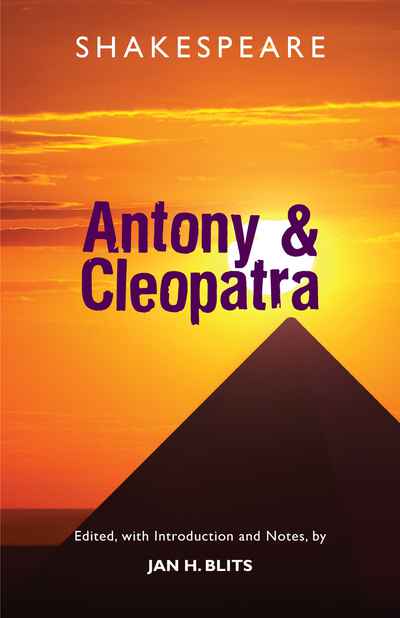 'This edition of Antony and Cleopatra gives contemporary readers access to Shakespeare's meaning as no other edition does . While other editors may provide basic information about the historical setting of the play, Jan Blits makes palpable the shape and feel of the world in which the action unfolds. His annotations citing classical authors reveal a world of possibility that would have been available to earlier generations, that Shakespeare would have taken for granted, and that is lost on readers today. His excellent Introduction frames the drama in terms of questions regarding the relative place of the public and private in the polity's life, the claims of the universal and the national on the allegiance of citizens, and the meaning of nobility that will be highly provocative for anyone interested in Shakespeare as a political thinker.' — Joseph Alulis, North Park University

'Like the Blits edition of Julius Caesar, this new edition of Antony and Cleopatra restores one of Shakespeare's Roman plays to its rightful place among serious works of political philosophy devoted to understanding Roman politics and the characters who inhabit it. The Preface and Introduction are extremely well written. The Preface situates this edition in opposition to certain conventions of modern Shakespeare scholarship that are generally unhelpful to readers approaching the play from the perspective of political philosophy. It moreover identifies places where other editions and editors mislead the reader and bury Shakespeare's political wisdom in the process. The Introduction explores the impact of political change on the arc of Roman history, with special attention to the conditions that fostered republican Rome and the erosion of such conditions under the empire. It also provides ample opportunity to connect the politics of the play to modern political problems. The footnotes are unusually helpful for scholars interested in Shakespeare's political thought. References to relevant classical authorities such as Cicero, Livy, Plutarch, Appian, and Dio help clear the way for a more serious confrontation with the play.' — Khalil Habib, Hillsdale College

'Antony and Cleopatra is Shakespeare's most beautiful play, but Jan Blits' erudite edition and Introduction reveal that it could also be his wisest tragedy. This is a must-have for all those who would plumb the mysterious depths of Shakespeare's mind.' — Nalin Ranasinghe, Assumption College