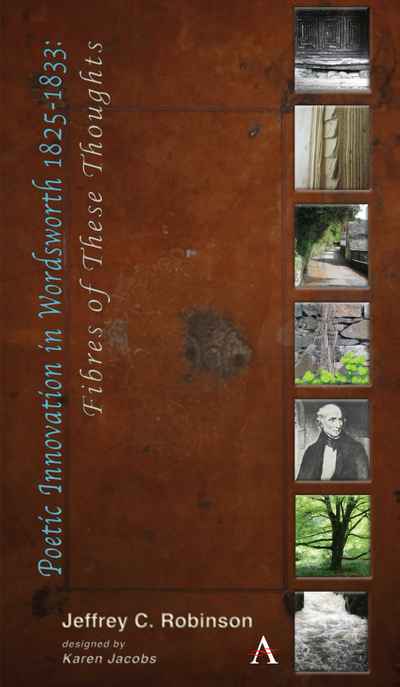 Poetic Innovation in Wordsworth 1825-1833: Fibres of These Thoughts uses extensive manuscript study of Wordsworth's poems to present, for the first time, an account of his poetics during the supposedly 'fallow' years, 1825-1833. Wordsworth wrote no manifestos during the later years and as a result the book turns to a manuscript page, unique among his dozens of notebooks, that when read spatially and in conjunction with other manuscripts and poems from the same period reveals a poetics in the making.

Poetic Innovation in Wordsworth 1825-1833 develops a radical process of reading and interpreting, relying less on discursive prose and more on the conscious acknowledgment of the play of signifiers on the manuscript page. This has led Jeffrey Robinson to capture a 'world' of Wordsworth (1825-1833) beginning with the manuscript and spreading outward to include the geography and topography relevant to his writing, the dwellings in which he worked, the well-known cottage industry of amanuenses who helped him produce his poems, the contemporary journals and poems of his sister Dorothy Wordsworth, and the social issues (Catholic Emancipation and Parliamentary Reform) that often occasioned them. Finally, the book presents a cluster of more-or-less unread poems worthy of inclusion in the Wordsworth canon.