Wicked As You Wish: A Hundred Names for Magic Book 1 Rin Chupeco 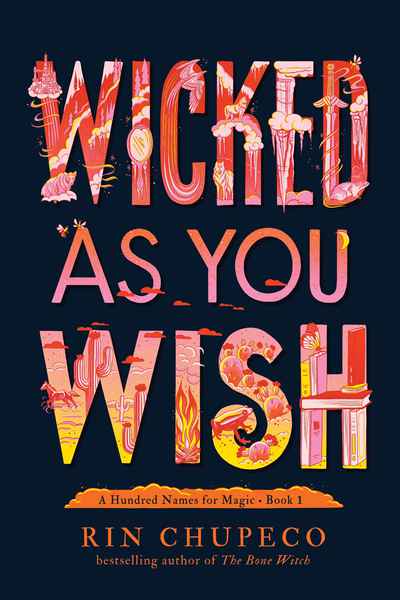 Wicked As You Wish: A Hundred Names for Magic Book 1
Rin Chupeco

An unforgettable alternative history fairy-tale series from the author of The Bone Witch trilogy about found family, modern day magic, and finding the place you belong.

Many years ago, the magical kingdom of Avalon was left desolate and encased in ice when the evil Snow Queen waged war on the powerful country. Its former citizens are now refugees in a world mostly devoid of magic. Which is why the crown prince and his protectors are stuck in…Arizona.

Prince Alexei, the sole survivor of the Avalon royal family, is in hiding in a town so lame, magic doesn't even work there. Few know his secret identity, but his friend Tala is one of them. Tala doesn't mind—she has secrets of her own. Namely, that she's a spell breaker, someone who negates magic.

Then hope for their abandoned homeland reignites when a famous creature of legend, and Avalon's most powerful weapon, the Firebird, appears for the first time in decades. Alex and Tala unite with a ragtag group of new friends to journey back to Avalon for a showdown that will change the world as they know it.

'…an intriguing read. Fantastical events such as the fall of Wonderland are woven seamlessly with emotionally charged real-world elements such as racist Immigration and Customs Enforcement agents…Incorporating modern sensibilities and a sprawling world drawn from fairy tales, Chupeco has brought readers a truly original novel. A deftly executed melding of folklore and reality grounded in contemporary issues.' — Kirkus Reviews, Starred Review

'Wildly creative... this alternate-reality adventure will surely appeal to modern fantasy fans who can keep up with a complex plot that unfolds at a breakneck pace.' — The Horn Book