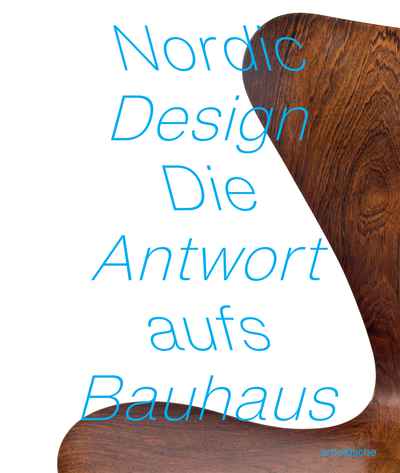 The publication Nordic Design, launched by the Bröhan Museum in Berlin to mark its exhibition of the same name, takes as its theme the reaction of Nordic countries to German modernism and the Bauhaus. In doing so, the individual countries find a common creative denominator under the auspices of their own national characteristics.

Thus the special living conditions in Finland lead to unique aesthetic outcomes, where Alvar Aalto's interpretation of functional design became the foundation of Finland's own path to modernism. In Sweden, on the other hand, German concepts merged with local traditions; in accordance with the Swedish welfare state, all levels of the population should have access to good design. Consequently from the 1960s on, Ikea turned Swedish concepts into export successes across the world. In Denmark the focus is handcrafts, as opposed to industrial manufacture. With Kaare Klint, the father of Danish design, putting people and their anatomy at the core of design, in the 1950s and 1960s Danish design became the epitome of the Scandinavian aesthetic.

In the Nordic countries, it is not the avant-garde form — as is frequently found in Germany — but rather a bespoke solution for a specific task that stands at the fore. Thus Scandinavian functionalism does not prevail as some-thing avant-garde but instead becomes the constant that defines the identity of the Nordic nations.