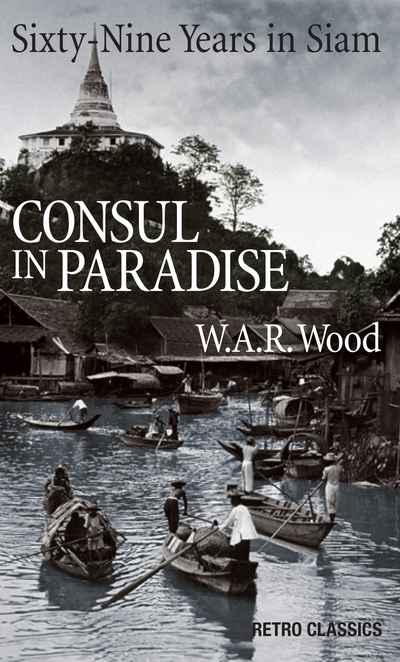 Consul in Paradise describes a life full of interest, and a world that is now long past. Embracing all of Siamese life we discover a racing stable with just one pony and Siam expertise in beetle fighting, the Siamese language and etiquette, and the nuances between the mountain tribes. It relates a distant period of diplomacy, a time when Wood’s duties could include concocting love potions, exorcising evil spirits (at one time from a rice bin), and creating huge straw hats to protect elephants from sunstroke. This evocative portrait of a corner of the British Empire, an entertaining encounter between Victorian Britain and Siam, “consists merely of a little of the froth collected by a cork which has floated for 68 years on the seas of Siamese and Anglo-Siamese life”.