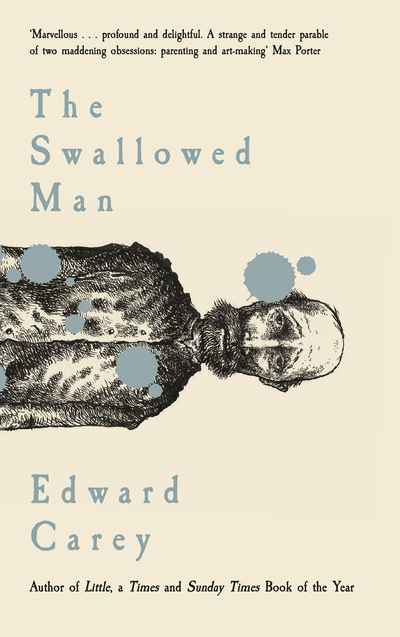 From the acclaimed author of Little comes this beautiful and haunting imagining of the years Geppetto spends within the belly of a sea beast. Drawing upon the Pinocchio story while creating something entirely his own, Carey tells an unforgettable tale of fatherly love and loss, pride and regret, and of the sustaining power of art and imagination.

'Art objects live in the belly of this marvelous novel, images swallowed by text, sustained by a sublime and loving imagination. Like all Edward Carey's work The Swallowed Man is profound and delightful. It is a strange and tender parable of two maddening obsessions; parenting and art-making' — Max Porter, author of Grief is a Thing with Feathers

'A beautiful and dark meditation on fatherhood, mercy, redemption and the alchemy of isolation. Strange, moving and musical, it's a delight' — A. L. Kennedy