Burn It Down: A Texas Heroes Novel Jess Anastasi 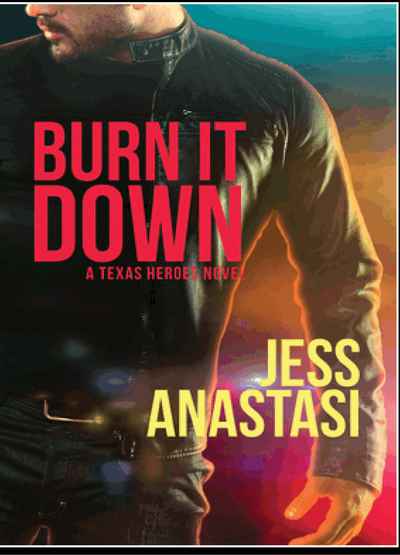 Burn It Down: A Texas Heroes Novel
Jess Anastasi

When an arsonist targets a kind-hearted park ranger, a firefighter steps up to protect him...and overcome his fear of dating in the process.

Park Ranger Troy Hurst has his hands full with a long, hot summer causing fires to break out all over the Sam Houston National Forest, and it looks like the weather isn't the only culprit. But helping two abandoned teenage boys and facing the memory of his own difficult childhood will require all Troy's strength and courage — he doesn't have anything left to deal with the increasingly dangerous fires.

Firefighter Jared Winters has never been one to turn his back on those in need, and Troy and his young wards are in more danger than they know. Even though Jared is still reeling from an abusive relationship and Troy's never acted on his attraction to men, the heat between them is impossible to extinguish, and before they know it, they're planning to become foster parents — a family. But first they'll need to find and stop the dangerous criminal threatening homes and lives in Everness.