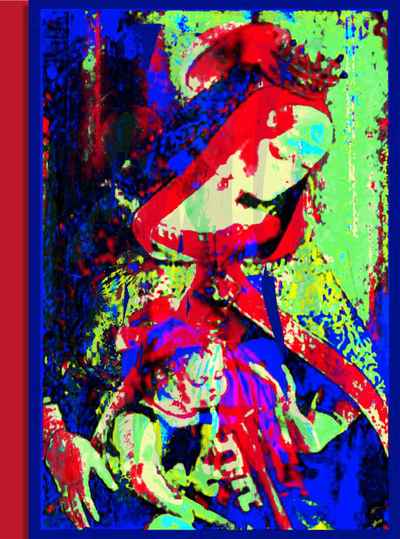 Maria was a combination of colours that had a bit of each, because a face is beautiful when it has some of every colour.

With this quote by the Italian cleric Gabriel de Barletta (before 1500), the Swiss author Ilma Rakusa introduces the work of Annelies Štrba. Through the elaborate digital colouring of a wide variety of Madonna images from several centuries and different parts of the world, the artist reflects the diversity to be found in a single object.

Despite the varied images, the Madonna motif remains unequivocal.

Annelies Štrba became established through the photographs of her daughters, which became reflections of the fragile phase of adolescence. Pictures that could also be read as an expression of the artist and mother's own (perhaps even more sensitive) relationship with her children. With her Madonna pictures Annelies Štrba redirects her gaze, this time externally, to the Christian motif as a universal metaphor for motherhood. In doing so she finds an emphatic approach which transcends the religious and dogmatic — without having to forsake representing the wonder of birth and motherhood.

This opening up and updating of traditional subject matter, this re-enchantment of the world is a particular feature of Annelies Štrba's works, one which she already developed with her previous series My Life's Dreams and Frances and the Elves, also published by Arnoldsche.