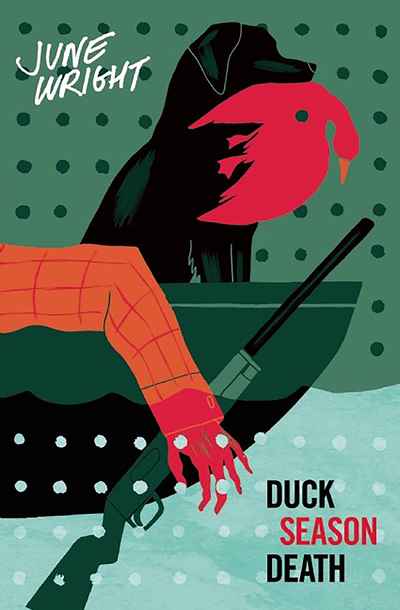 June Wright wrote this lost gem in the mid-1950s, but consigned it to her bottom drawer after her publisher foolishly rejected it. Perhaps it was a little ahead of its time? Because while it's a tour de force of the classic country-house murder mystery, it's also a delightful romp, poking fun at the conventions of the genre. When someone takes advantage of a duck hunt to murder publisher Athol Sefton at a remote hunting inn, it soon turns out that virtually everyone, guests and staff alike, had a good reason for shooting him. Sefton's nephew Charles thinks he can solve the crime by applying the "rules of the game" he's absorbed from his years as a reviewer of detective fiction — only the killer evidently isn't playing by those rules. Duck Season Death is a both a fiendishly clever whodunit and a marvellous entertainment.