The Tasman Map: The Biography of a Map Ian Burnet 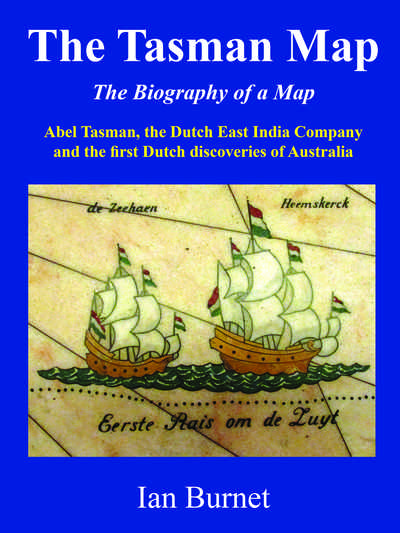 The Tasman Map: The Biography of a Map
Ian Burnet

The Tasman Map delves into the story of the first Dutch voyages to Australia, set against the background of the struggle of the newly formed Dutch Republic to gain its independence from the Kingdom of Spain and the struggle of the Dutch East India Company for trade supremacy in the East Indies against its Portuguese, Spanish and English rivals. Over a period of only forty years from 1606 to 1644 and based on sixteen separate discoveries the first map of Australia took shape. The Tasman Map shows a recognisable outline of the north, west and south coasts of Australia that was not to change for another 125 years until the British explorer James Cook charted the east coast in 1770.

It was in 1925 and 1933 that the Mitchell Library in Sydney, Australia, acquired both the Tasman Huydecoper Journal and the Tasman Bonaparte Map. The story of how the library managed to acquire these treasures of Dutch exploration and cartography will bring new recognition to these icons of both Dutch and Australian history.