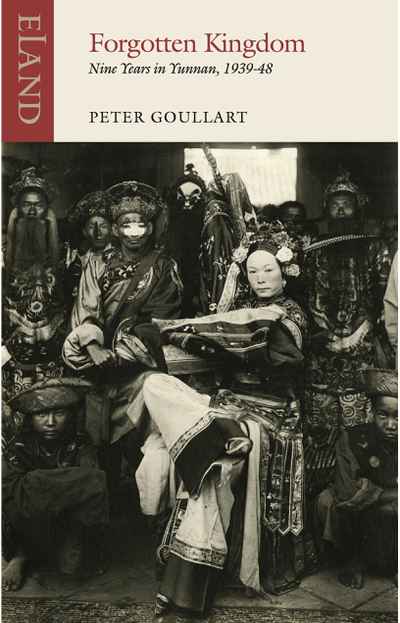 Peter Goullart spent nine years in the all-but-forgotten Nakhi Kingdom of south west China. He had a job entirely suited to his inquiring, gossipy temperament: to get to know the local traders, merchants, inn-keepers, and artisans to decide which to back with a loan from the cooperative movement.

A Russian by birth, due to his extraordinary skill in language and dialects, Goullart made himself totally at home in Likiang, which had been ruled by Mandarin officials descended from ancient dynasties, and was visited by caravans of Tibetan and Burmese travelling merchants, and such mysterious local highland peoples as the Lobos. In his company we get to hear about the love affairs and social rivalries of his neighbours, to attend magnificent banquets, meet ancient dowagers and handsome warriors, as well as to catch the sound of the swiftly running mountain streams, the coarse ribaldry of the market ladies, and the happy laughter emerging from the wine shops.

Through him we are able to travel back to this complex society, which believed simultaneously and sincerely in Buddhism, Taoism, and Confucianism, in addition to their ancient Animism and Shamanism.