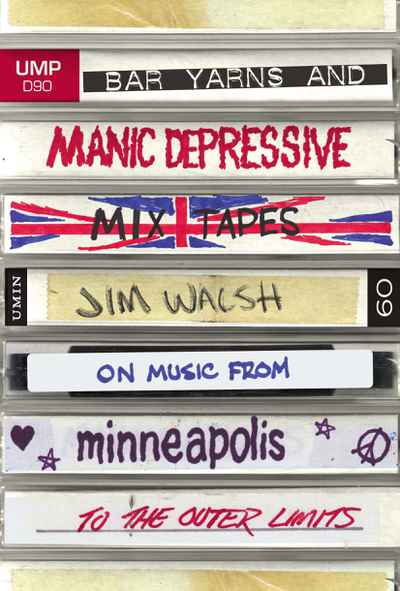 Bar Yarns and Manic-Depressive Mixtapes distills thirty delirious, jam-packed years of some of the best music writing ever to come out of the Twin Cities. As a writer and musician, the ever-curious Jim Walsh has lived a life immersed in music, and it all makes its way into his columns and feature articles, interviews and reviews—including personal essays on life, love, music, family, death, and yes, the manic-depressive highs and lows that come with being an obsessive music lover and listener. From Minneapolis's own Prince to such farflung acts as David Bowie, the Waterboys, Lucinda Williams, Parliament-Funkadelic, L7, the Rolling Stones, the Ramones, U2, Hank Williams, Britney Spears, Elvis Presley, and Nirvana, Walsh's work treats us to a chorus of the voices and sounds that have made the music scene over the past three decades. Whether he's dishing dirt with Yoko Ono or digging the Replacements' roots, giving an old rocker a spin or offering a mic to the latest upstart, Jim Walsh reminds us that in the land of ten thousand lakes there are a thousand dances, and the music never dies.