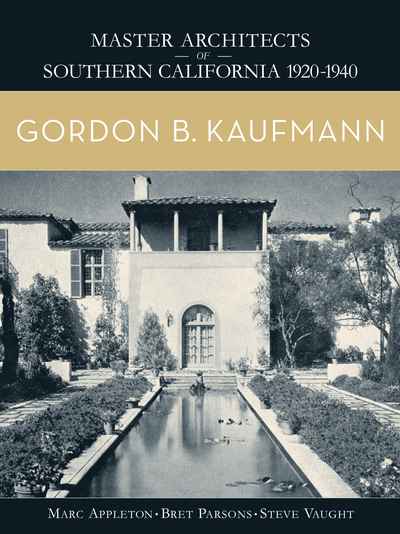 As part of a larger series on Master Architects of Southern California: 1920-1940, this book highlights the work of Gordon B. Kaufmann, using vintage photographs.

The authors feature the architect whose design for Greystone, the mansion he created for E.L. Doheny Jr. and Lucy Doheny, catapulted him to the top of his field. Kaufmann combined elements of English Gothic and Jacobean styles when he designed the Doheny residence. At the time, the home was the largest private residence in Southern California, a fitting 55-room manor for the son and daughter-in-law of the richest man in the United States. Although his name has been lost to history except in the circles of architectural historians, Kaufmann's stamp is all over Southern California. Greystone is far from his crowning achievement.