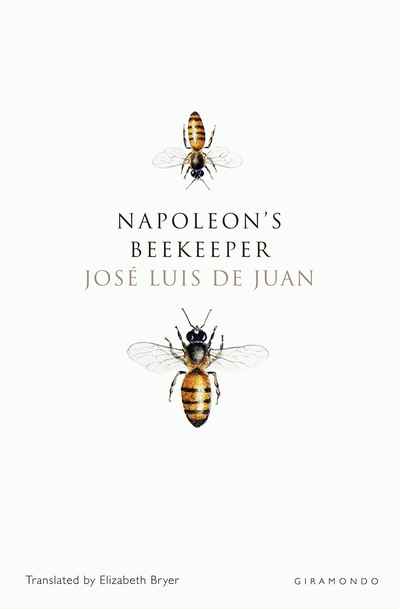 May 1814. On the island of Elba, the beekeeper Andrea Pasolini awaits the arrival of the defeated, exiled emperor, Napoleon Bonaparte. Pasolini is a self-taught disciple of the Enlightenment, whose first love is reading books on philosophy and apiculture – a secret, illicit activity he undertakes in his cellar at night. The defeated emperor is likewise fascinated, with the swarming of bees and the beauty of honey. From a distance, an obsessive interest develops between the two men, as anticipation builds around a visit by the emperor to inspect Pasolini's beehives.

In his novella, José Luis de Juan meticulously interweaves historical sources with an imagining of the lives of two very different men, one a humble apiarist on an island, the other – also born on an island – who aspires to be the ruler of the universe. Amid an atmosphere of exchangeable identities, powerful dreams, furtive plots and deferred uprisings, in favour of Napoleon or against him, each man carries the conviction that the social organisation of bees holds the key to how the future will unfold.