The Renaissance in Italy: A History Kenneth Bartlett, with Gillian C. Bartlett 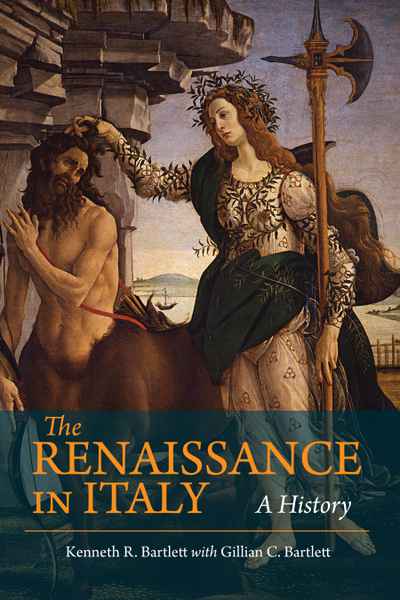 The Renaissance in Italy: A History
Kenneth Bartlett, with Gillian C. Bartlett

Kenneth Bartlett delves into the lives and works of the artists, patrons, and intellectuals — the privileged, educated, influential elites — who created a rarefied world of power, money, and sophisticated talent in which individual curiosity and skill were prized above all else.

The result is a dynamic, highly readable, copiously illustrated history of the Renaissance in Italy — and of the artists that gave birth to some of the most enduring ideas and artifacts of Western civilisation.

The Italian Renaissance has come to occupy an almost mythical place in the popular imagination. The outsized reputations of the best-known figures from the period — Michelangelo, Niccolo Machiavelli, Lorenzo the Magnificent, Pope Julius II, Isabella d'Este, and so many others — engender a kind of wonder. How could so many geniuses or exceptional characters be produced by one small territory near the extreme south of Europe at a moment when much of the rest of the continent still laboured under the restrictions of the Middle Ages? How did so many of the driving principles behind Western civilisation emerge during this period— and how were they defined and developed? And why is it that geniuses such as Leonardo, Raphael, Petrarch, Brunelleschi, Bramante, and Palladio all sustain their towering authority to this day?