The Battle Within: POWs in postwar Australia Christina Twomey 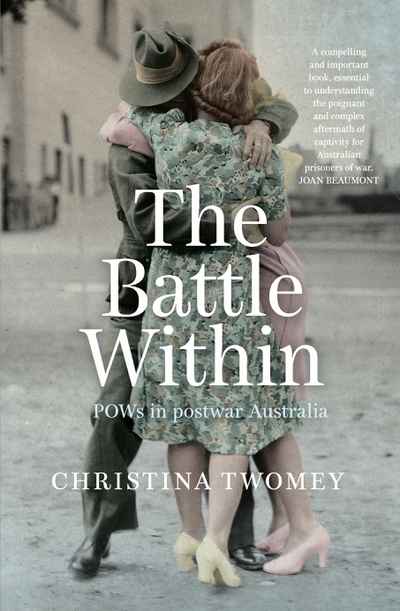 The Battle Within: POWs in postwar Australia
Christina Twomey

Head-aches. Dizziness. Can't sleep. Bad dreams (never have been released). The rice jungle had some compensation to some of us who just don't seem to make a success of our return — ROBERT, A RETURNED POW

This landmark and compelling book follows the stories of 15,000 Australian prisoners of war from the moment they were released by the Japanese at the end of World War II. Their struggle to rehabilitate themselves and to win compensation and acknowledgement from their own country was just beginning. This moving book shows that 'the battle within' was both a personal and a national one.

Prize-winning historian Christina Twomey finds that official policies and attitudes towards these men were equivocal and arbitrary for almost forty years. The image of a defeated and emaciated soldier held prisoner by people of a different race did not sit well with the mythology of Anzac. Drawing on the records of the Prisoner of War Trust Fund for the first time, this book presents the struggles of returned prisoners in their own words. It also shows that memories of captivity forged new connections with people of the Asia-Pacific region, as former POWs sought to reconcile with their captors and honour those who had helped them. A grateful nation ultimately lauded and commemorated POWs as worthy veterans from the 1980s, but the real story of the fight to get there has not been told until now.

'In a highly readable and superbly researched book, Twomey shows how Australian POWs in Japan moved from being an embarrassment on the periphery of Australian consciousness to finding a place near the centre of our collective memory of war.' — Frank Bongiorno, Australian Book Review — Books of the Year 2018