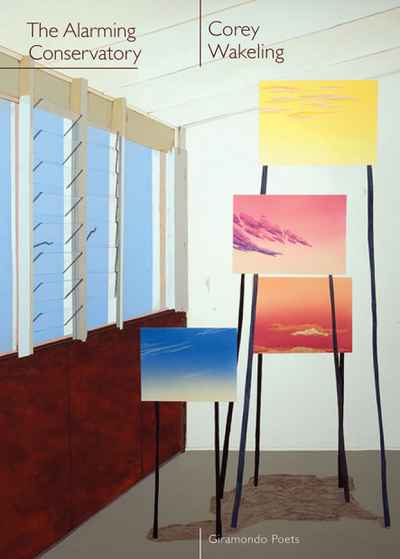 Acclaimed poet Corey Wakeling's second collection continues his inquiry into language and the spatial architectures of history and culture. Set among 20th century ruins, the poems are cast as if hallucinations: colonial-style houses are 'guarded by palm trees', Royal Park 'detains two immoveable statues' while the 'Wheel of Fortune dizzies'. The poems range throughout Melbourne and Western Australia, where the poet has lived, and further afield too. Strong in its deployment of baroque imagery and modernist citation, The Alarming Conservatory uniquely captures the fear and pace of our contemporary condition.

'Wakeling revels in the high gruesome of syntax – the Edward Gorey sheen of camp creepiness. I applaud his book's energy, social satire, its forays into kitsch and pop.' – Kevin Killian

'One of Australia's most daring and baroque writers, Corey Wakeling's ear for the nuances and transformative power of language is truly remarkable. From the first poem in The Alarming Conservatory, Wakeling's work unsettles the way we live and how we dwell in the everyday.' ­– Ann Vickery