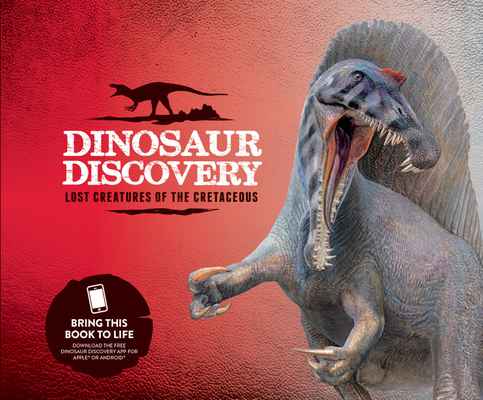 The world during the Cretaceous Period was a very different place to what we know it as today. Dinosaurs reached their peak in diversity and mammals were confined to a life in the shadows. The abrupt end of the Cretaceous, 66 million years ago, changed everything.

Authoritative, interactive and entertaining, this guide describes and illustrates the dinosaurs of the Cretaceous era, the amazing environment in which they lived, and how evidence of them became preserved as fossils. It also explores the evolution of the Earth during that time, the cataclysmic asteroid strike that probably brought the reign of the dinosaurs to an end, and the subsequent rise of mammals as dominant land animals.

Complete with animated multimedia content, stunning illustrations and quality stickers — the Dinosaur Discovery souvenir guide presents contemporary insight into the life and death of these amazing creatures that once walked the earth for audiences of all ages.