You Are Not Human: How Words Kill Simon Lancaster 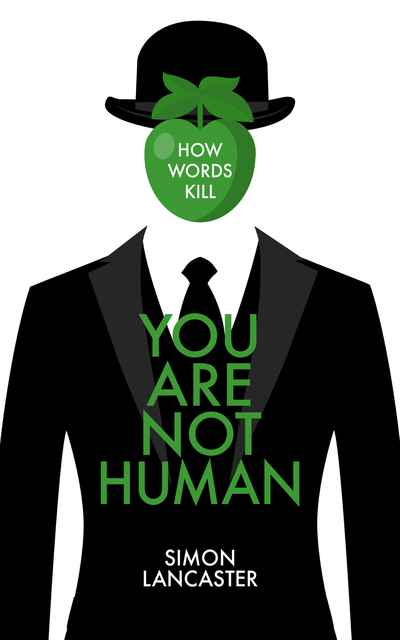 You Are Not Human: How Words Kill
Simon Lancaster

No dark clouds literally blew in during the financial storm. No flowers actually bloomed during the Arab Spring. And when we save data to a cloud, our files don't really reside in a fluffy white mass of condensed water vapour.

We use metaphor once every sixteen words. Using imagery to conceptualise abstract thought is wholly natural and has led to some of the greatest intellectual breakthroughs in history, from Adam Smith's 'invisible hand' to James Watson's 'building blocks of DNA'. But what if this power was turned against humanity? In Nazi Germany, Hitler depicted the Jews as vermin and 6 million people were killed. MRI scans show the brain struggles to differentiate between the literal and metaphoric, enabling the illegitimate to appear legitimate and good people to turn evil.

Top speechwriter Simon Lancaster goes on a mission to find out how metaphors are being used and misused today. He finds that the same images reoccur, repeatedly, around the world. Such imagery is ubiquitous, crucially shaping and moulding the way we experience and view events.

This book raises profound questions about the power of language and the language of power.