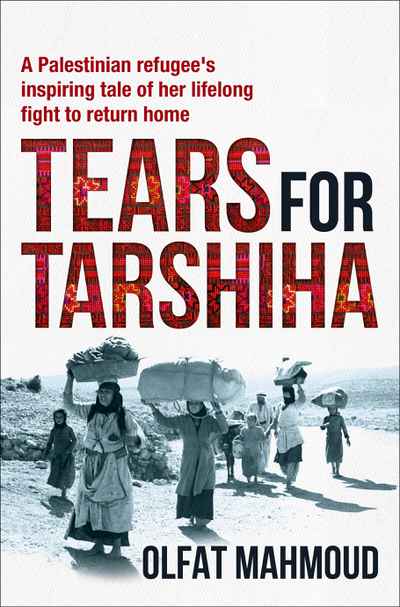 A Palestinian refugee's inspiring tale of her lifelong fight to return home. Olfat Mahmoud is a Palestinian refugee – a descendant of the Christian and Muslim people who fled Palestine in the period leading up to and after the founding of the state of Israel in 1948. She is an accomplished woman in her own right: the director of an international NGO, an internationally recognised peace activist, a registered nurse and, most recently, the recipient of a doctorate.

Born in a refugee camp in Lebanon more than 60 years ago, Olfat's determination to help her people in their fight to return to their homeland led to a nursing career that has placed her at the front line of atrocious massacres and wars in the Middle East. Tears for Tarshiha follows Olfat's career amid the death and destruction of Lebanon's many conflicts, and chronicles the Palestinian people's remarkable capacity for love and bravery in the most extreme conditions.

Olfat's extraordinary story is emblematic of the Palestinian plight, illustrating their continued survival and determination that has become an inconvenience to the international community. These are the descendants of those Palestinians who were forced from their homeland at gunpoint by the Israeli military in 1948 in what is known as the Nakba – or Catastrophe.

In 1949, David Ben-Gurion, one of the founders and the first prime minister of Israel, stated that 'we must do everything to ensure [the Palestinians] never do return...the old will die and the young will forget'. Despite Olfat's parents and grandparents never seeing Tarshiha again, this book is part of Olfat's ongoing campaign to keep her people's predicament in the public consciousness.