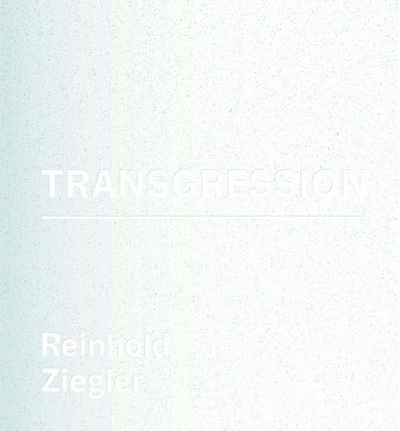 His encounter with an Inuit talisman prompted Reinhold Ziegler to question everything he had ever learned about jewellery.

It sent him on a quest for a deeper meaning that brought him to Carl Gustav Jung's understanding of archetypes and continued through Georges Bataille's theories on transgression before finally leading to a zen-Buddhist approach to consciousness. This book is a report from that journey through words, and through images of jewellery objects that no longer tend to be a marker of identity, but rather seek to express a unity with everything that is.

The objects in Transgression are made from meteorites, fossils or stone age tools, among other things. Reinhold Ziegler's jewellery objects are rungs on a ladder that leads from the boundaries of rationality and individuality to a more immediate awareness of ourselves and the world around us.

The intention of Reinhold Ziegler's jewellery objects is to move the attention of the wearer or onlooker from themselves onto something greater—a radical strategy within a field that is strongly occupied with emphasising the individuality of the wearer. Ziegler's art is influenced by the French philosopher Georges Bataille, who in his work Eroticism identifies a strong dilemma in humanity in which, on one hand, we want to fight for our individuality yet, at the same time, have a strong desire to be united with what he calls "everything that is." In this book, Ziegler deals with this topic from many angles—gravitation, vibration, meteorites, fossils, and general aspects of humanity such as tools (from the Stone Age), talismans, spirituality, and consciousness.