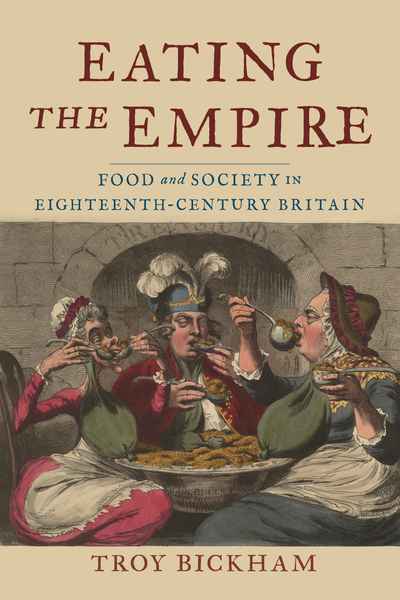 An exploration of the extraordinary role that food played in shaping Britain during the `long' eighteenth century.

When students gathered in a London coffeehouse and smoked tobacco, Yorkshire women sipped sugar-infused tea, or a Glasgow family ate a bowl of Indian curry, were they aware of the mechanisms of imperial rule and trade that made such goods readily available? In Eating the Empire, Troy Bickham unfolds the extraordinary role that food played in shaping Britain during the `long' eighteenth century (c. 1660-1837), when coffee, tea, and sugar went from rare luxuries to some of the most ubiquitous commodities in Britain, reaching even the poorest and remotest of households. Bickham reveals how the trade in the empire's edibles underpinned the emerging consumer economy, fomenting the rise of modern retailing, visual advertising and consumer credit, and, via taxes, financed the military and civil bureaucracy that secured, governed and spread the empire.