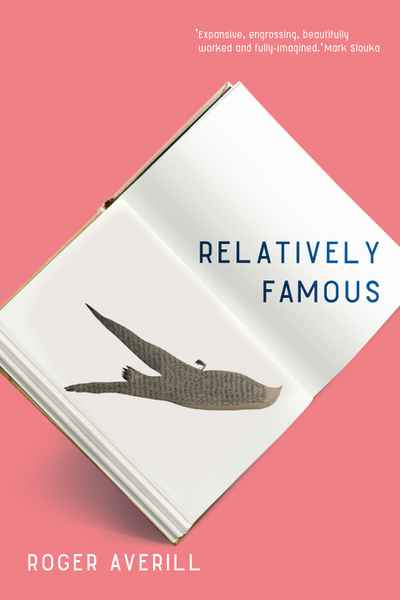 Michael and Majorie Madigan refuse to be interviewed by biographer Sinclair Hughes  for his new book Inside the Lion's Den: The Literary Life of Gilbert Madigan. This is not surprising as Gilbert is Marjorie's ex- husband and Michael's mostly absent father.

In Roger Averill's brilliantly conceived  new novel, Relatively Famous, Gilbert  Madigan is Australia's first Booker Prize winner, a feted and much lauded author that the U.K. and U.S. now likes to call their own. Michael cannot escape his father's life and work, and at times his own life seems swallowed by it. His father's success is a source of undeniable pleasure but also of great turmoil. How  does one live in the shadow of a famous relative who we never seem to be able to live up to?

In a world increasingly obsessed  with  fame and celebrity, this engrossing  novel subtly explores  notions of success , masculinity, betrayal and loss, and ultimately what it might mean to live a good life.