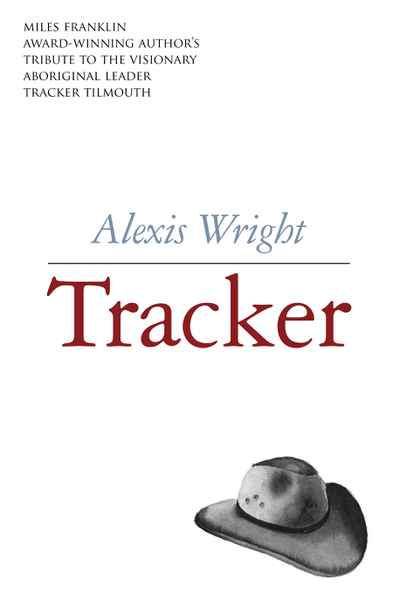 Winner of the 2018 Stella Prize

A collective memoir of one of Aboriginal Australia's most charismatic leaders and an epic portrait of a period in the life of a country, reminiscent in its scale and intimacy of the work of Nobel Prize-winning Russian author Svetlana Alexievich.

Miles Franklin Award-winning novelist Alexis Wright returns to non-fiction in her new book, Tracker, a collective memoir of the charismatic Aboriginal leader, political thinker, and entrepreneur who died in Darwin in 2015. Taken from his family as a child and brought up in a mission on Croker Island, Tracker Tilmouth returned home to transform the world of Aboriginal politics. He worked tirelessly for Aboriginal self-determination, creating opportunities for land use and economic development in his many roles, including Director of the Central Land Council. He was a visionary and a projector of ideas, renowned for his irreverent humour and his anecdotes. His memoir has been composed by Wright from interviews with Tilmouth himself, as well as with his family, friends, and colleagues, weaving his and their stories together into a book that is as much a tribute to the role played by storytelling in contemporary Aboriginal life as it is to the legacy of a remarkable man.

'A magnificent work of collaborative storytelling…It paints a vision of action and possibility for this continent that makes it required reading for all Australians and all those interested in this land.'  — Sydney Morning Herald

'Wright builds, as much as anyone is able to in writing, a detailed portrait of a complex man, whose vision "to sculpt land, country and people into a brilliant future on a grand scale" is inevitably accompanied by an irrepressible humour and suspicion of authority.' — The Guardian

'Tilmouth was a man who worked through conversation and yarn more than with paper and pen, and this is a book about the place of the story in Indigenous culture and politics as much as it is about Tracker himself.' — The Monthly

'[Wright] enacts the complex relationship between self and community that a Western biography could not…There is a cumulative power in the repetitions, backtrackings and digressions the formula necessitates: a sinuous, elegant accommodation of selves. It is a book as epical in form and ambition as the life it describes.' — The Australian

'Wright's brace of ineffable, awkward, uncanny novels will be unravelled and enjoyed by readers when other contemporary fiction is forgotten. Tracker, a book performed by a folk ensemble rather than a solo virtuoso, adds to her enduring non-fiction oeuvre that captures the unique ground-level realpolitik of Aboriginal Australia.' — Australian Book Review

'Alexis Wright is one of the most important voices in our literary landscape…This is a landmark work – epic in its scope and empathy.' — Readings