The Shield and the Spear: The Kimberley Land Council
Joe Fox 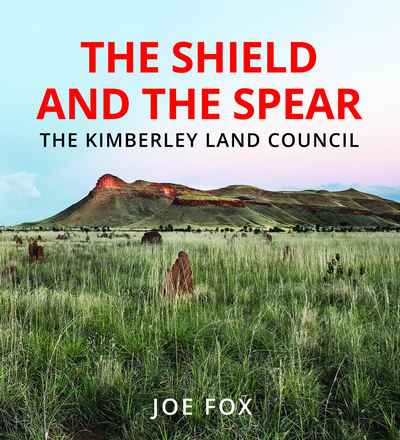 ‘... you need an organisation like the KLC to be your shield and spear, to be able to cut through the bureaucracy to make change. To be able to protect things that are important to Aboriginal people in this region.’ Wayne Bergmann, former CEO of the KLC

The KLC was formed as a political land rights organisation. Today it is the peak Indigenous body in the Kimberley region working with Aboriginal people to secure native title, conduct conservation and land management activities and develop cultural & economic business enterprises.

The Shield and the Spear is mostly told through firsthand contributions from the people who were there. The reader is taken on a journey through historic Indigenous rights battles such as the Noonkanbah blockade in 1979, the formation of the Kimberley Aboriginal Law and Culture Centre (KALACC) and the Kimberley Language Resource Centre (KLRC) in 1984; the formation of Magabala Books in 1987; and the controversial James Price Point gas hub. Plus the many commercial negotiations facilitated by the KLC.

Commissioned by the KLC, Fox uses a combination of interviews and eyewitness accounts; quotes from the KLC Newsletter; quotes taken from historic documents, speeches, recordings and meetings; and historical and contemporary photographs and illustrations. The book is roughly chronological and the reader hears unmediated accounts of what happened.