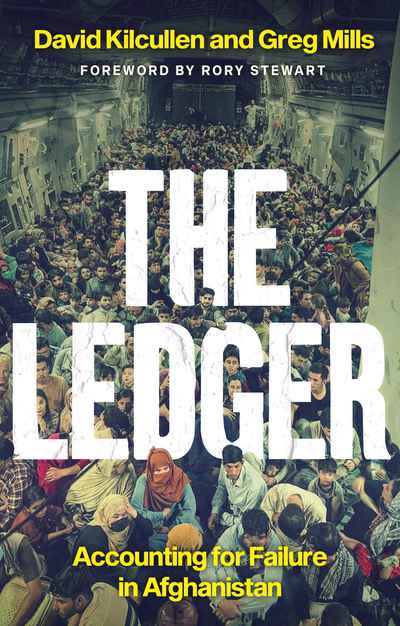 'These things happened. They were glorious and they changed the world,' said Charlie Wilson of America's role in supporting the mujahideen against the Soviet Union. 'And then we fucked up the endgame.' The scandal-prone US Congressman lamented the absence of support for Afghanistan after that war, a vacuum which the Taliban and Osama bin Laden would fill.

The Ledger identifies and assesses the failures of the West's approach to Afghanistan after 9/11 - military, diplomatic, political and developmental. For Afghans, the war is not over because the West has declared it so, and neither will its geo-political effects simply disappear along with the last of NATO forces. Afghanistan remains connected to the world through communications and the networks of the last twenty years.

The Ledger also considers these lessons for the benefit of future, similar peacebuilding missions in Africa and elsewhere. Dr David Kilcullen and Dr Greg Mills are uniquely placed to reflect backwards and forwards on the Afghan conflict, having worked with the international mission as advisers and within the Arg. Both have considerable experience of counter-insurgency and stability operations elsewhere, in Latin America, Asia and across Africa. There is plenty of blame to go around, as this book shows, in the attempts to bring peace to Afghanistan after 9/11. The signs of the collapse had been there for a long-time, mostly conveniently ignored as they were ill-suited to the political narrative of 'we're making progress' and then, as the deadline drew closer, 'mission accomplished'.

In understanding why and where the failure took place, The Ledger warns against the eternal human curse in believing that we can be an exception to all that precedes us. Whatever the desire to avoid future military and diplomatic 'quagmires', the reality is that politicians will not always follow that advice, nor can these crises always be avoided.