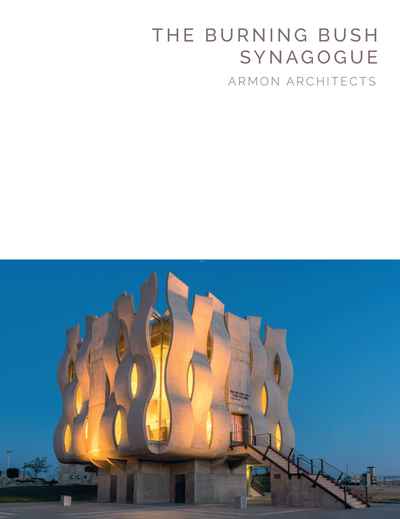 The concept in the back of the monumental structure located at the IDF officers school is based on receipt of the Torah by Moses on Mount Sinai.

Moses received his appointment at the location of the burning bush.

At the ceremony revealing their officer rank on the parade ground, the cadets receive and agree to lead their soldiers with the burning bush in the ground, connecting them with the Godly appointment.

The biblical verse "and the bush was blazing, yet it was not consumed" symbolises the appointment and constitutes the source of inspiration for the structure design which through flames of concrete encompass the officer in the fire of appointment during prayer.

The prayer hall is built of 24 concrete flames installed on a concrete skeleton with steel screws and poles created in an industrial and controlled process, millimetre precise.

Each flame is connected by two steel poles at the top and 2 anchor points at the bottom locked in place by screws.

Each group of three flames was stabilised by a horizontal iron pole. The walls of the hall were stabilised in the same way.

'And the middle bar in the midst of the boards shall reach from end to end...' — The Book of Exodus chapter 26 verse 28.

The whole compound is interwoven with a forest of olive trees as the sword is interwoven in the officer pin, the olive branch now entwining the flame of appointment.