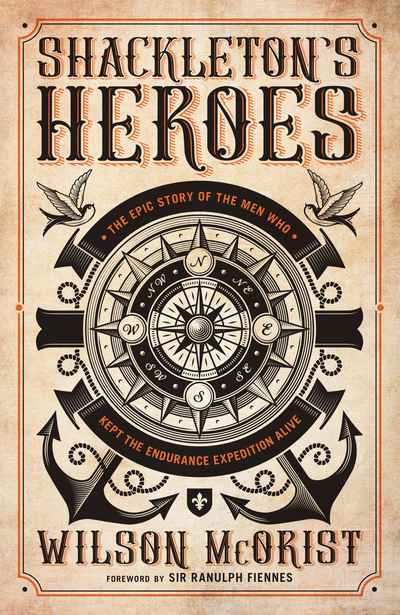 The figure of Sir Ernest Shackleton, inflated by time and celebrity, has come to personify the heroic age of Antarctic exploration. Whilst the story of his ill-fated 1914-18 Imperial Trans-Antarctic Expedition and his crew's narrow escape from death is legendary, less well known, and told here in its entirety for the first time, is the staggering tale of the men who worked in Shackleton's shadow — the six members of the Mount Hope Party who risked their lives to ensure the safety of his.

Sent to the opposite side of the polar continent to lay life-saving food depots for his journey across the Great Ice Barrier, theirs was a vital mission: without it, Shackleton was destined for failure.

Stitching together the previously unpublished diary accounts of these unsung heroes, Wilson McOrist traces the magnificent highs and extraordinary lows of the Mount Hope Party in intimate, often excruciating detail. Their words paint a shiver-inducing picture of the everyday hardships and insurmountable obstacles of life on the ice — exhaustion, starvation and crippling frostbite being just a few examples — whilst revealing the humour, camaraderie and emotional strength necessary for survival.

Out of a sense of duty to Shackleton, the polar adventurers struggled on through the ferocity of Antarctica, for months battling some of the most extreme conditions on the planet, convinced they were critical to his success. 100 years after their mission began, this is their remarkable story.

With a foreword by Sir Ranulph Fiennes, Shackleton's Heroes is an adventure story of the highest calibre, told through the voices of the men who completed an almost impossible task in horrific conditions.

'A gripping tale with the most tragic of endings...the diaries of the Mount Hope Party are an Antarctic literary treasure.' — Sir Ranulph Fiennes