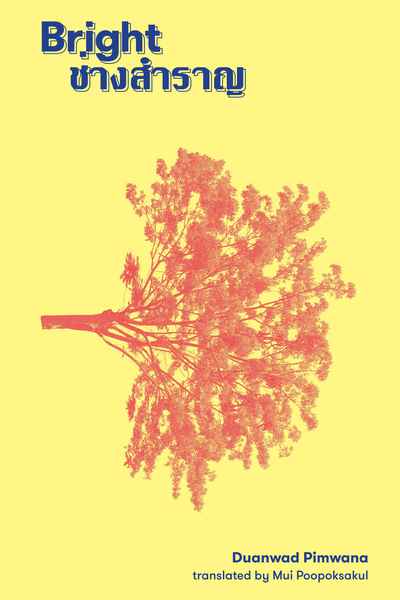 When five-year-old Kampol is told by his father to sit in front of their run-down apartment building and await his return, the confused boy does as he's told — he waits and waits and waits, until he realises his father isn't coming back anytime soon. Adopted by the community, Kampol is soon being raised by various figures in the homes around.

Duelling flea markets, a search for a ten-baht coin lost in the sands of a beach, pet crickets that get eaten for dinner, bouncy ball fads, and loneliness so merciless that it kills a boy's appetite all combine into this first-ever novel by a Thai woman to appear in English. Duanwad Pimwana's urban, at times gritty vignettes are balanced with a folktale-like feel and a charmingly wry sense of humour. Together, they combine into the off-beat, satisfying, and sometimes magical coming of age story of an unforgettable young boy and the timeless legends, traditions, and personalities that go into his formation.

'Duanwad Pimwana has a knack for finding the gap between who we are and who we'd like to be, and deftly inserting her scalpel there. Across the villages and cities of Thailand, her characters exist in a state of constant anxiety, unable to fit in but having nowhere else to go.'  — Jeremy Tiang, author of State of Emergency

'Pimwana's enchanting debut (the very first novel by a Thai woman translated into English) captures the vivid life of a small Thai child abandoned by his family...readers will enjoy Kampol's antics, the colorful side characters, and glimpses of Thai culture in this melancholy-tinged but still exuberant novel.'  — Publishers Weekly